We have been working with a wide range of diverse charities and NGOs for a number of years supporting them with their election requirements.

Every charity or NGOs voting requirements differ therefore we can tailor all of our services according to your needs and budget to deliver the following services:

From start to finish, we can support you with the following:

For many of the charities or NGOs we work with we have successfully increased participation and reduced their costs!

Choose from fully managed where we project manage the entire process on your behalf or self-service using our e-voting platform.

How we have helped charities and NGOs:

One charity we work closely with is The Royal British Legion to help coordinate their branch AGMs. They had historically managed postal and in-person votes at branch level, however the voting format differed depending on how each branch had decided to coordinate their vote. This resulted in inconsistencies of branch governance and limited participation to members.

The Royal British Legion purchased our self-service software with an annual licence that allows them to manage their AGM vote countrywide, consistently and fairly. The results are reduced administration and associated cost savings through removing the postal and in person vote cost. Most importantly participation has increased resulting in more members having a say in the running of their membership.

Mi-Voice have been supporting The Scout Association with their elections for the last 10 years.

When we first started working with them they were using our postal and online services. They were mailing the postal voting form to the entire membership which had become costly and they were seeing a decline in participation. By focusing on our online service they have increased participation and reduce costs allowing funds to be allocated more efficiently within their organisation. As well as voting, we also manage their nominations and notice of AGMs together with any other supporting documentation.

The Core Humanitarian Standard on Quality and Accountability (CHS) Alliance

The CHS Alliance improves the effectiveness and impact of assistance to people and communities vulnerable to risk and affected by disaster, conflict or poverty, by working with humanitarian and development organisations. Formed in 2015 by the merger of HAP International and People In Aid, the Alliance brings together a truly global enterprise. With a global membership of more than 240 organisations our objective was to ensure easy and straightforward participation voting in person at their first General As-sembly in Geneva.
Mi-Voice were first tasked with coordinating online voting for two committee elections for those with voting rights to participate in at the General Assembly. Mi-Voice then managed and supported voting on the resolutions and Vice Chair election at their General Assembly held in Geneva, coordinating their in-person vote using hand held electronic devices. A representative from Mi-Voice attended and supported the event for two days. Our expertise ensured their Assembly voting was impartial and perfectly exe-cuted according to their requirements.

ALTERNATIVELY FILL OUT OUR ONLINE FORM

Postal, online, telephone, SMS and/or in person – every vote matters.

Delivering your election requirements on your behalf.

Provides you with the ability to manage your own vote online, simply and cost effectively.

Voting tailored to your needs

Tell us your election needs and we can customise our service accordingly.

Broaden your election campaign reach and widen participation across all technology and social media.

Keep up to date with every stage of your vote with our clear and concise reporting dashboard.

Single use or annual licence

Our software is available for single use or can be subscribed to annually.

Some of our customers 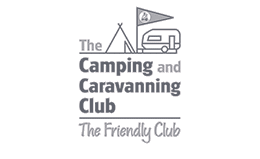 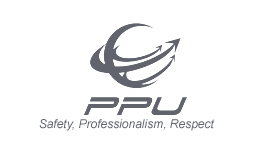